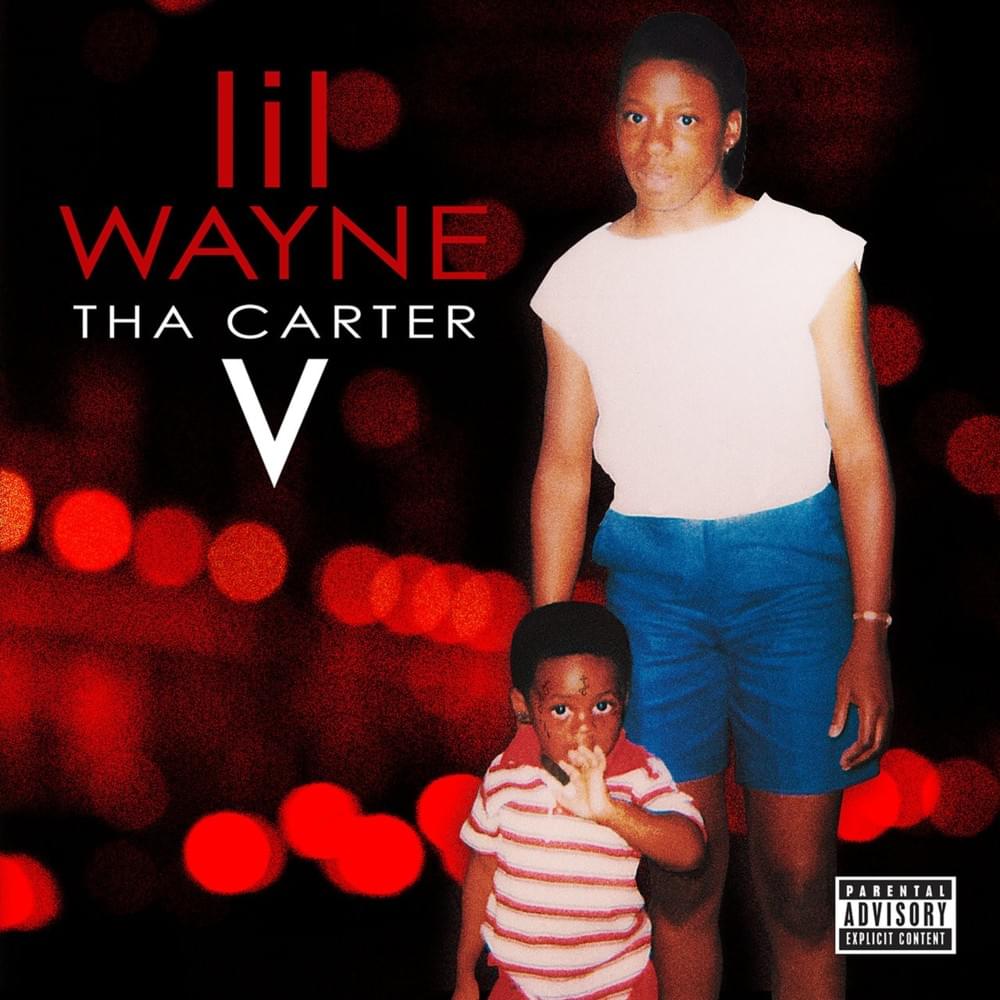 Tha Carter V is Lil Wayne’s twelfth studio album. It was originally planned to be released in 2013 (as well as May 5, 2014, October 28, 2014, and December 9, 2014) but it was held-back due by Cash Money label head Birdman as Wayne wanted off the label after Birdman reportedly violated the contract’s terms regarding the album. Wayne battled the contract in court and eventually won the lawsuit on June 6, 2018. In September 2018, athletes started promoting C5 through their Instagram accounts by posting a photo of the letter “V” and counting down to Weezy’s birthday. On September 25, Tune announced in a video that the album would be released on his birthday, September 27, 2018 (though the promo says it would be released on September 28, due to it coming out at 12AM). A countdown to the album was also put up on thacarterv.com. In 2013, Lil Wayne said that Tha Carter V would be his last album in an interview with MTV. However, in his 2018 interview with Billboard, Weezy was asked about retirement, and this was his I do think about retirement. I think about how I don’t think I ever will.
Distribution of songs on Tha Carter V by producer
Songs