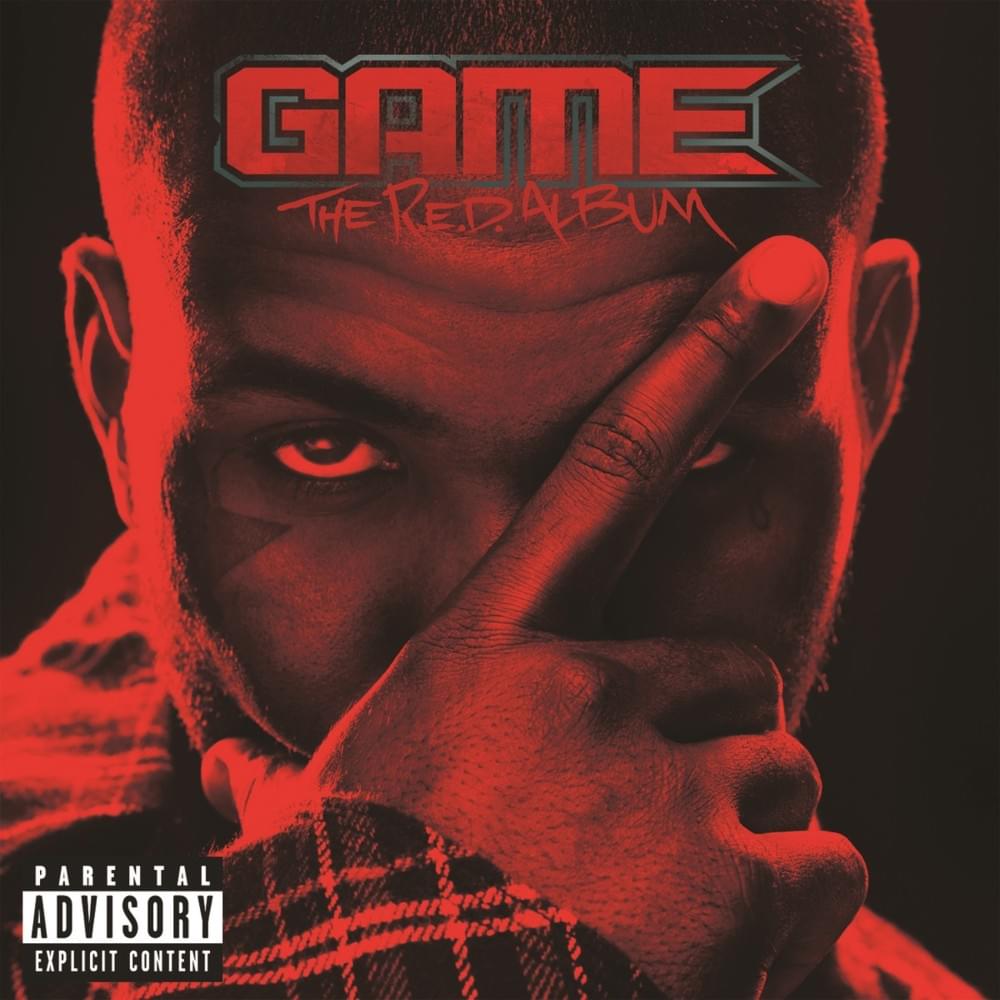 The Game’s fourth studio album, The R.E.D. Album, was released after almost two years of delays, rewrites, track shuffles, and multiple album shelvings. Promoted by tons of album cuts and eventually five mixtapes—The Red Room, Brake Lights, Purp & Patron, Purp & Patron: The Hangover, and Hoodmorning (No Typo): Candy Coronas—the title of the album came from a combination of fans referring to all the material Game had been releasing as ‘The Red Album’ and the Compton-native himself saying R.E.D. stood for rededicated: The R.E.D. Album, people think the R.E.D. stands for gangbanging. I am what I am. R.E.D. — that’s rededicated. Rededicated to hip-hop, to my ‘hood, Compton. Rededicated to my family, rededicated to everything. Along with a multitude of promotional singles, the album was supported by two official singles: the Lil Wayne-assisted anthem “Red Nation” that samples Zombie Nation’s popular track “Kernkraft 400” and “Pot of Gold” which features singer Chris Brown. The album debuted at #1 on the Billboard 200 and reached #1 on the Top Rap Album & Top R&B/Hip-Hop Album charts.
Distribution of songs on The R.E.D. Album by producer
Songs