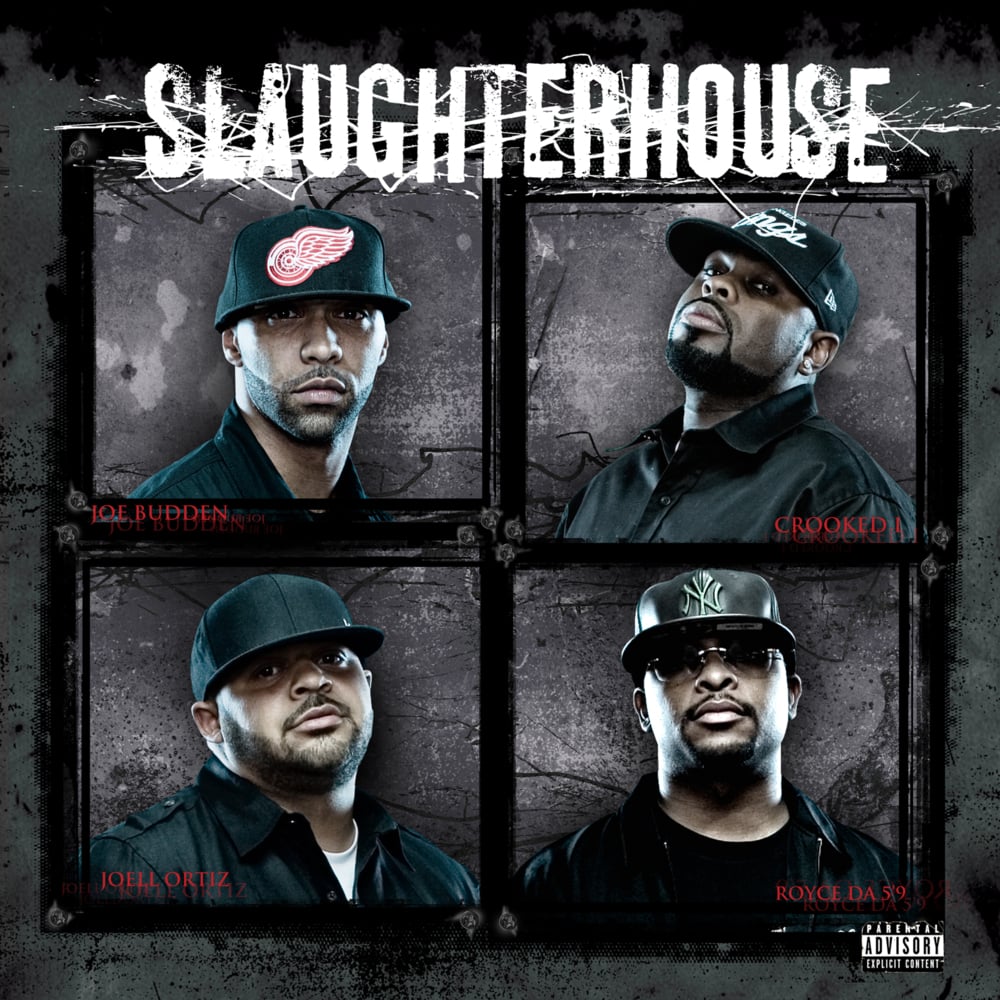 Slaughterhouse is the self-titled debut from the hip-hop supergroup Slaughterhouse (consisting of KXNG Crooked/Crooked I, Joe Budden, Joell Ortiz and Royce da 5'9"), released on August 11, 2009 through E1 (Entertainment One) Music. The album was recorded in only 6 days throughout the summer of 2009, having been announced in June by E1. There was a original plan for a release in July but it was bumped down to August. Royce gave an explanation behind the delay, saying this in his AllHipHop interview on June 12, stating that both the lyrics and the music came together in a way that made them want to generate maximum interest: Even though this [group] is a new way of doing business, we still gotta stick to the old school script when it comes time to market this, to have the proper time to set up a record. We’re not idiots. We understand the concept of labels throwing something against the wall and seeing if it sticks. That’s not what we are in business to do. We’re still in the business of selling records, because we feel we have a great product to present to the public. All the push back has to do [with] is the set up. It’s great music. My biggest concern with making the project is us picking the best beats possible. Rhyming is there. The best music possible is what I was always concerned with, that’s why a lot of songs came out so good. Joell Ortiz, a Brooklyn-bred artist, said that the process of creating the album was arduous, yet fun. It was definitely the busiest session I had ever been in my life. To come out with the product that we do have, was ridiculous. Two singles, one prior and one after to the release were thrown out to the public: “The One” on July 2, 2009, and “Microphone” in November of the same year.
Distribution of songs on Slaughterhouse by producer
Songs