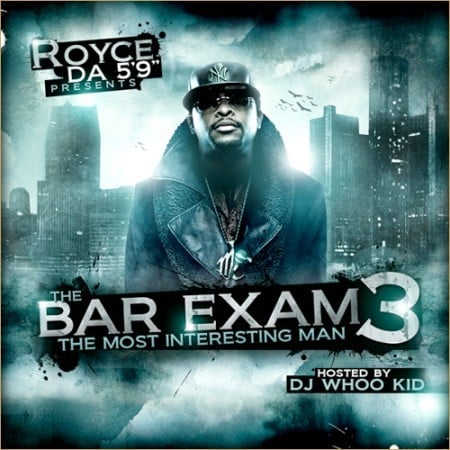 Bar Exam 3: The Most Interesting Man is a mixtape released to DatPiff and LiveMixtapes on May 30, 2010, by Royce Da 5'9" under M.I.C. Records and hosted by DJ Whoo Kid. It is the third installment in the Bar Exam series which solely consists of mixtapes, the first one in 2007, and the second being the predecessor in 2008. All of the following features include fellow Detroit natives such as Kid Vishis (younger brother of Royce), KXNG Crooked/Crooked I, Black Milk, Elzhi, Bun B, Slaughterhouse (which Royce is ¼ of), Trick Trick, and Junes Flow.
Distribution of songs on Bar Exam 3: The Most Interesting Man by producer
Songs