Attack of the Weirdos - Bizarre 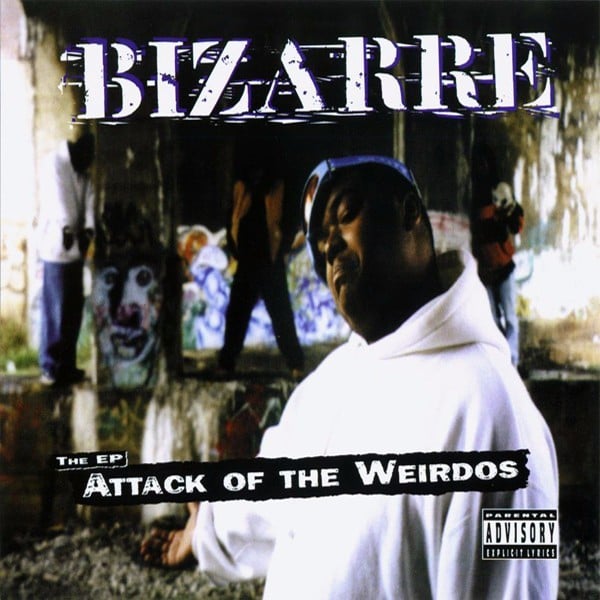 Attack of the Weirdos is the debut EP by American Detroit-based rapper Bizarre. It was released on September 1, 1998 under Federation Records. Audio production of the seven track album was handled by local Detroit deejays and producers such as DJ Head, who was D12’s deejay at the time, Mad Chemist, Hush of Da Ruckus, and the now acclaimed producers J Dilla of Slum Village and Mr. Porter. Being a member of hip hop collectives D12 and Outsidaz, Bizarre had some of his band-mates of both crews to appear on this album. The EP earned Bizarre the Inner City Flava Of The Year award in 1998.
Distribution of songs on Attack of the Weirdos by producer
Songs