No Way Out - Puff Daddy 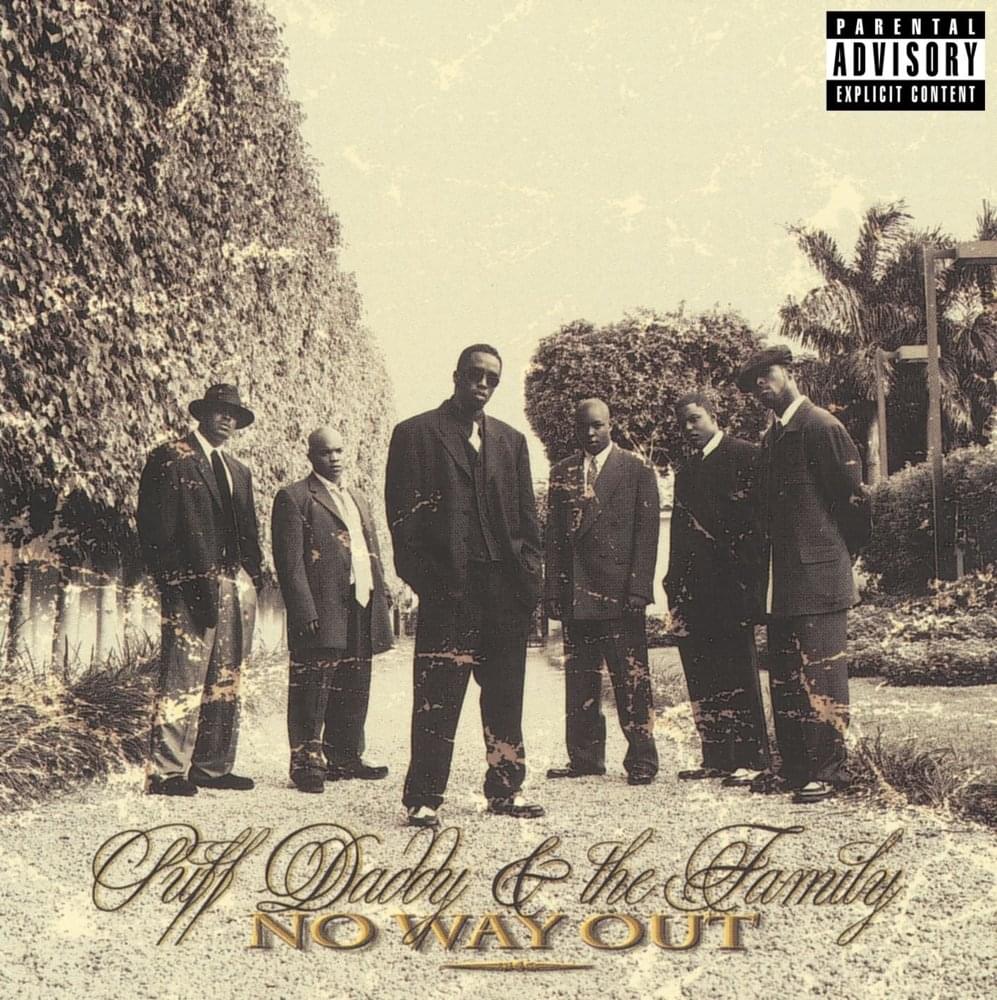 No Way Out is the debut studio album by American hip-hop artist Puff Daddy, released on July 22, 1997 through record label Bad Boy Records. The label also receives official crediting on the album as “The Family”, and the album’s guest appearances are largely made up of the label’s artists. Production is largely handled by Puff Daddy (real name Sean Combs) and various members of production group The Hitmen. The album, executively produced by Combs himself, The Notorious B.I.G. and Deric “D-Dot” Angelettie of The Hitmen, is predominantly rap-based, although it features generally introspective content, largely focused on close friend The Notorious B.I.G.’s killing on March 9, 1997: however, the album features several more aggressive and positive songs recorded before the shooting. Originally titled “Hell Up In Harlem,” the album underwent several changes after the death of his close friend emotionally affected Combs, who postponed the album in order to record several of the album’s more emotional songs. Upon its release, No Way Out was a significant commercial success, particularly in the United States where it reached number one on the Billboard 200 in its first week of release, selling 561,000 copies. It also produced five commercially successful singles, the most successful of these being the worldwide hit “I’ll Be Missing You”, a tribute song aimed at The Notorious B.I.G., which became the first rap song ever to debut at number one on the Billboard Hot 100, and remained at the top of the chart for eleven consecutive weeks, whilst topping several other charts worldwide. The other four singles, the Billboard hits “Can’t Nobody Hold Me Down,” “It’s All About the Benjamins,” “Been Around the World” and “Victory,” were also commercially successful, with all of them, except for the latter, peaking in the top two positions of the Billboard Hot 100. The album also received generally mixed to positive reviews from music critics, who generally wrote positively about its emotional feel and its production, but were divided in their reviews towards Puff Daddy’s rapping and songwriting. On September 7, 2000, the album was certified septuple platinum by the Recording Industry Association of America for sales of 7,000,000+ copies: to date, it remains Combs' most commercially successful album. The album earned Combs five nominations at the 40th Grammy Awards in 1998, where he won the Grammy Award for Best Rap Album.
Distribution of songs on No Way Out by producer
Songs