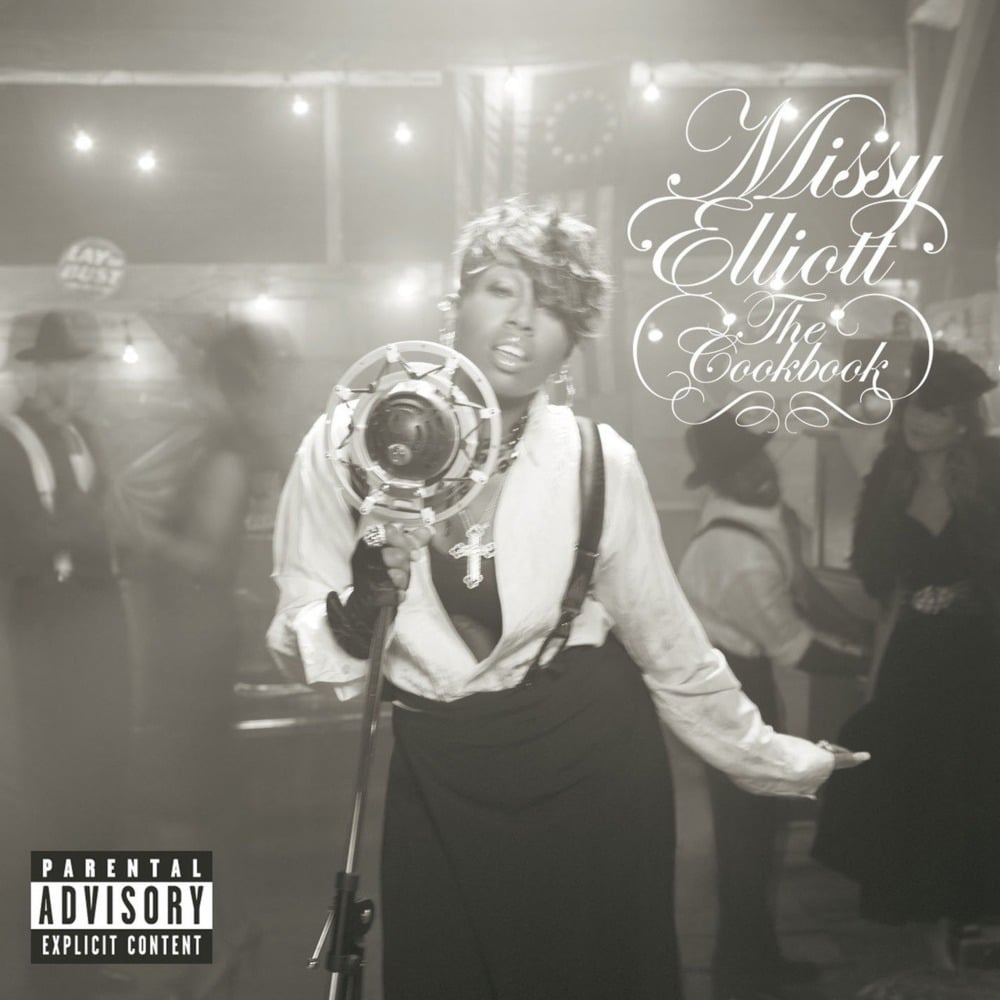 The Cookbook is the sixth studio album by Missy Elliot. According to Missy, the meaning of the album title is that each record has its own “spices and herbs”. It spawned three singles; “Lose Control”, “Teary Eyed”, and “We Run This”. The album was a success, peaking at #2 on the Billboard 200, receiving a Grammy nomination for Best Rap Album, and is certified Gold by the RIAA.
Distribution of songs on The Cookbook by producer
Songs