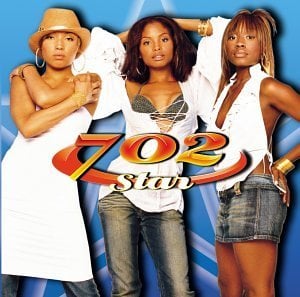 Star is the third and last studio album by 702. The album is a mix of urban contemporary and R&B. Three singles were released; “Star”, “I Still Love You”, and “Blah Blah Blah Blah”. It peaked at number forty-five on the Billboard 200 chart and twenty-second on the Billboard R&B Albums chart. It’s certified gold by the RIAA.
Distribution of songs on Star by producer
Songs