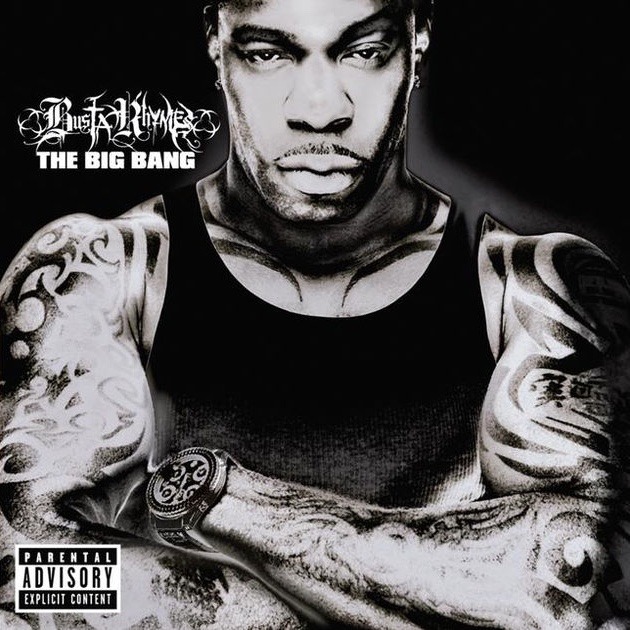 The Big Bang is the seventh studio album by American rapper Busta Rhymes. It was released on June 13, 2006, by Aftermath Entertainment, Flipmode Records and Interscope Records. Production for the album took place during 2005 to 2006 at several recording studios and was handled by Dr. Dre, Swizz Beatz, Mark Batson, DJ Scratch, J Dilla, Timbaland, Mr. Porter, will.i.am, Sha Money XL, JellyRoll, Black Jeruz, Nisan Stewart and DJ Green Lantern. The official cover artwork was revealed on May 7, 2006. The tracklisting was released on the 15th. The Big Bang is Busta’s first album without his signature dreadlocks he had for most of his career as he transitioned a new look with a shaved head. It is his only release under Dr. Dre’s Aftermath Entertainment record label. Five singles have been released for the album: “Touch It”, “Touch It Remix”, “I Love My Bitch”, “New York Shit” and “In the Ghetto”. Music videos were released for all of them. The finalized version of the “Touch It Remix”, for which a video was shot, was not included on the final album. Two songs were cut from the album. “Where’s Your Money” featuring Ol' Dirty Bastard and “I’ll Hurt You” featuring Eminem.
Distribution of songs on The Big Bang by producer
Songs