I Am Not a Human Being - Lil Wayne 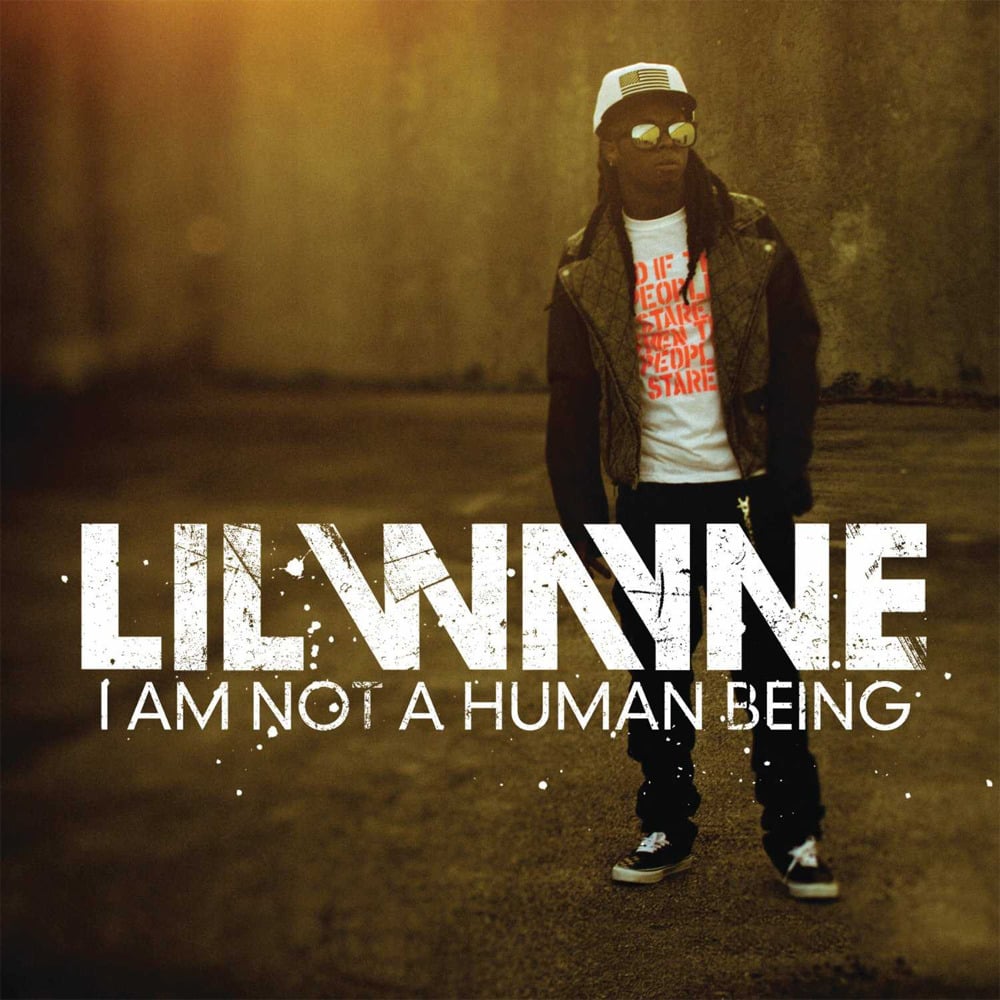 I Am Not a Human Being is Wayne’s eighth studio album, released digitally on September 27 2010 and physically on October 12, 2010. This was Wayne’s final album before his prison sentence, It debuted at number 1 on the US Billboard 200, and has sold 953,000 copies as of June 2016. It was originally designed as an EP, but the decision was made to stretch it into a full length record. The record marks a return to rap for Wayne, following his Rebirth rock album in February of that year. Although “Single” and “Right Above It” were released as singles, it was the title track that earned favour in the press, the beat by Infamous and Drew Correa was praised for it’s inventiveness. The production was handled by a host of artists, with Wayne picking and choosing beats that suited him at the time. Prior to the album’s release, Wayne did an interview with Funkmaster Flex, announcing the project and its first single.
Distribution of songs on I Am Not a Human Being by producer
Songs