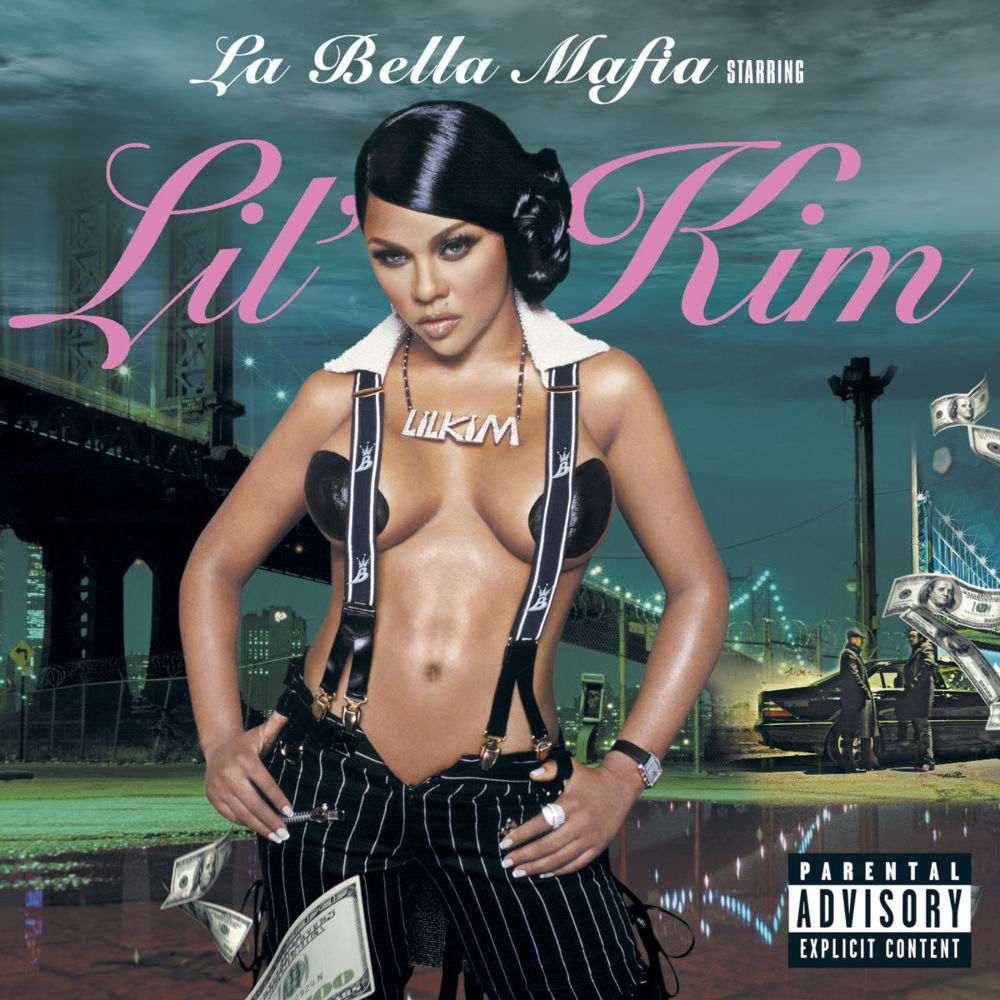 La Bella Mafia is the third studio album by Lil' Kim released on March 4, 2003 via Atlantic Records. In late 2001, Lil' Kim left Junior M.A.F.I.A. and cut ties with all members. She also ended her friendship and business relationship with longtime collaborator Sean “Diddy” Combs and started recording the project in the spring of 2002. In April 2002, Lil' Kim stated in an interview that she had been in the studio with Dr. Dre, she also expressed her desire to work with Eminem, Timbaland, and The Neptunes. The original title for the album was Hollyhood (also set to be the name of her clothing line) with one of the skits included on the album intended to be the intro, but it was changed to La Bella Mafia (which in Italian means “The Beautiful Mafia”) after Lil' Kim watched the 1997 film of the same name. The album is executive produced by Kim herself and includes collaborations with Twista, Missy Elliott, 50 Cent and Styles P among others. It debuted at #5 on the Billboard 200, selling 166,000 copies the first week. It was a commercial success, selling over 2.4 million copies in the U.S. alone and over four million copies worldwide. The lead single, “The Jump Off” peaked at number seventeen on the Billboard Hot 100. While the second single, “Magic Stick”, a rap duet with 50 Cent, peaked at number two on the Billboard Hot 100 without a music video. The songs, “Magic Stick” and “Came Back For You” earned Kim two Grammy Award nominations for Best Rap Performance By A Group or Duo and Best Female Rap Solo Performance.
Distribution of songs on La Bella Mafia by producer
Songs