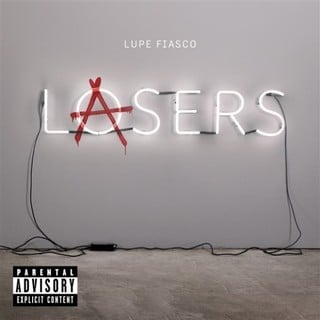 Lupe Fiasco’s third studio album was released on March 8th, 2011 by Atlantic Records. The album was recorded between 2008-2010. Genius wrote an article about this album that can be found here. Out of all of his albums, this, along with DROGAS Light, are his two projects he’s the least satisfied with. He said this on twitter:
Distribution of songs on Lasers by producer
Songs