The All - Smif N Wessun 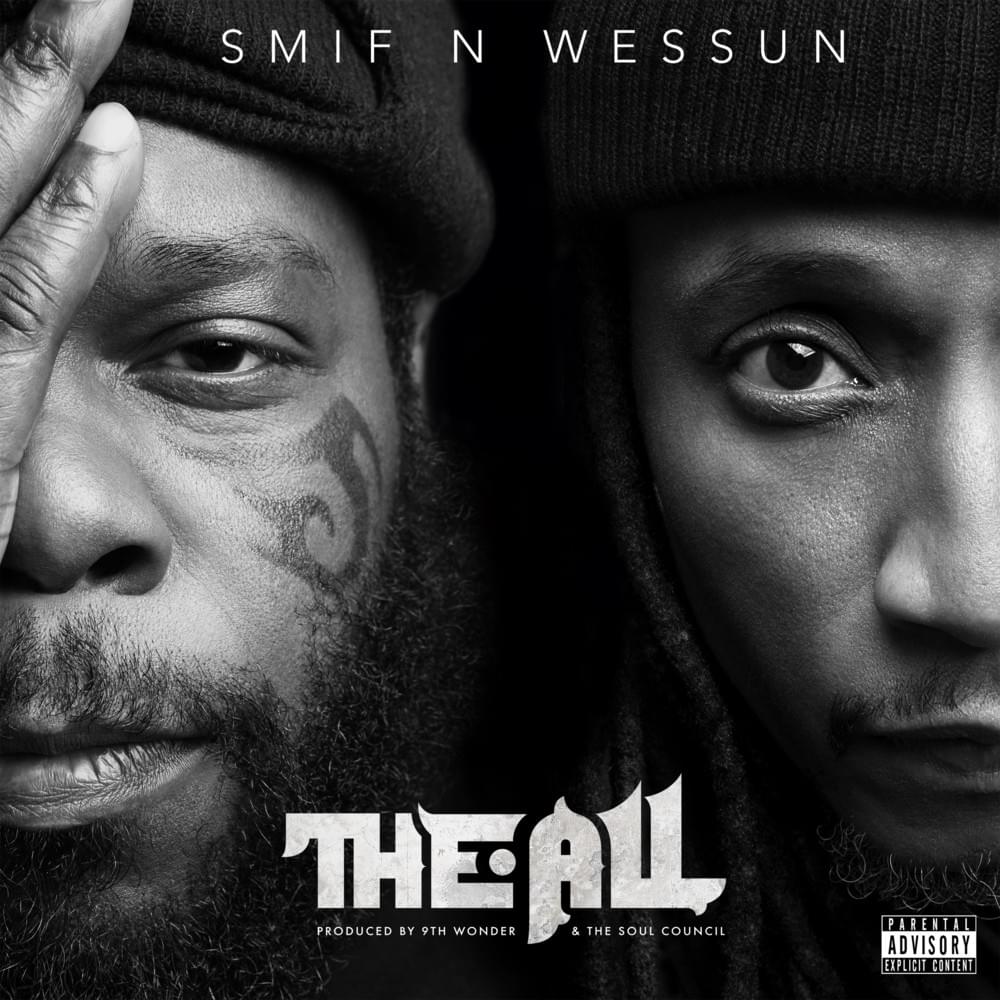 Their first project since 2013’s Born and Raised EP, the duo’s fifth studio album is produced entirely by Grammy-nominated producer 9th Wonder and his Soul Council team. Tek and Steele look to tell their tale of ups and downs, wins and losses, and growth and acceptance throughout their life and career: It speaks to the hearts and minds of all people; particularly our followers and fans of all ages and ethnicities. Speaking to Vibe, Steele described what The All is truly about: This project is a reality check for Smif-N-Wessun, one that reflects the struggles and obstacles that we’ve had to endure to survive at the level we occupy in the hip-hop arena. Some bestow the ‘Legend’ tag upon us (we are very appreciative of that) and we are chronicling that journey throughout the album.
Distribution of songs on The All by producer
Songs