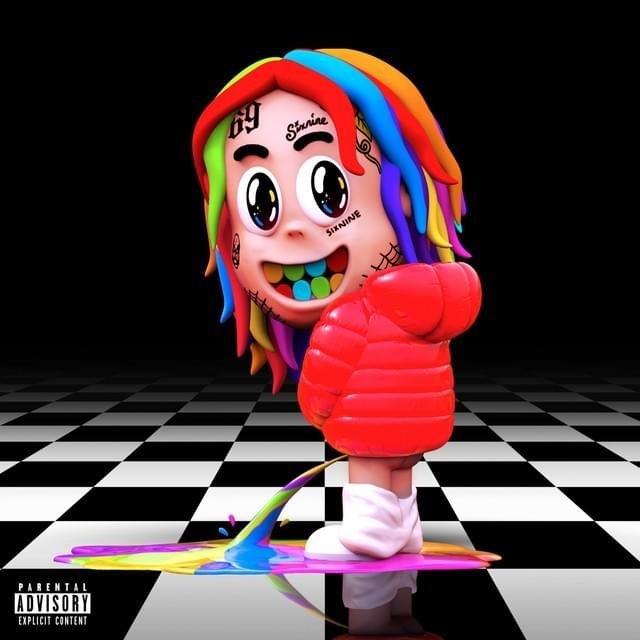 DUMMY BOY is 6ix9ine’s highly-anticipated debut studio album and the follow-up to his February 2018 release, DAY69. After an announcement on Twitter from Tekashi’s close friend and media personality DJ Akademiks, the project officially released on November 27, 2018. The album’s title seemingly stems directly from a line in one of his hit singles, “TATI”: Dummy boys fall in love with it, he stupid On November 7, 2018, 6ix9ine announced the project on his Instagram, revealing both its cover art designed by artist Alex Solis and its release date. On November 18, 2018, he took to Instagram once more to tease the album’s tracklist, revealing it to have a total of thirteen songs and guest appearances from ten different artists. The project, however, did not drop on the announced release date of November 23, 2018, due to his unforeseen arrest for racketeering and firearms offenses. A day after the album’s promised release date, the project leaked online in its entirety due to it being momentarily available for purchase on his official online store. Prior to the album’s release, the aforementioned “TATI,” “FEFE,” “BEBE,” and “STOOPID” were released as promotional singles.
Distribution of songs on DUMMY BOY by producer
Songs