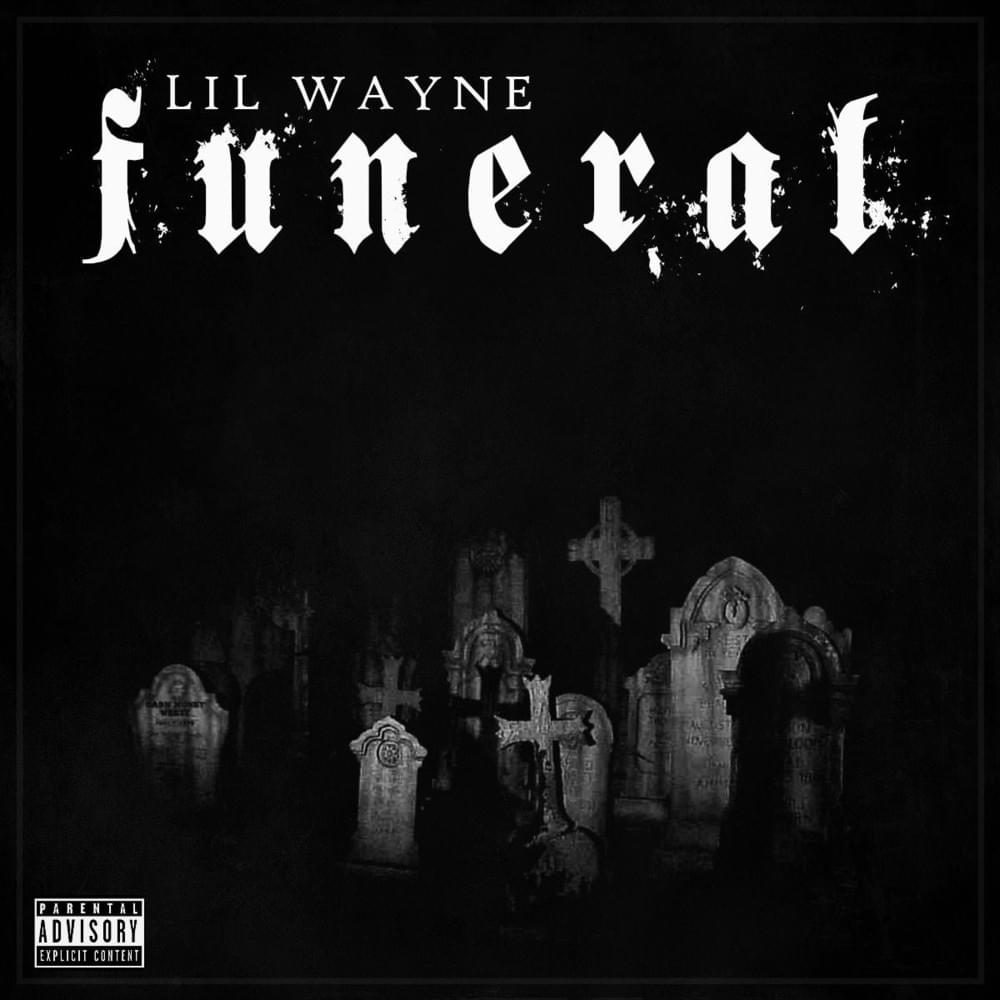 Funeral is Lil Wayne’s thirteenth studio album and the follow-up to September 2018’s Tha Carter V. The 24-track album boasts appearances from a plethora of artists, including Jay Rock, Takeoff, Adam Levine, Big Sean, and XXXTENTACION. Wayne first teased Funeral during a November 2016 interview with The Nine The album was mentioned sparingly until April 30, 2019, when Wayne posted a single coffin emoji on his Instagram story, a vague allusion to Funeral’s impending release. Wayne then began promoting the album in several interviews, such as his July interview with XXL and his August interview with Q93, the hip-hop radio station in New Orleans. Wayne initiated the album’s rollout on January 22, posting a video graphic of the album’s artwork to social media. The following day, he confirmed the album’s release date, and in the subsequent days, he posted snippets of several songs. When 12 AM EST arrived on January 31, Wayne dismayed fans by delaying the album until 3 AM EST. However, the album briefly (and accidentally) appeared on YouTube Music at midnight. Funeral is a particularly dark album and seems to allude to a reimagining of Wayne’s public persona. He discusses themes of hatred, guilt, and death, and the LP can be viewed as a symbolic “funeral” of his previously joyful character. It may also allude to him finally terminating his business relationship with Cash Money Records.
Distribution of songs on Funeral by producer
Songs