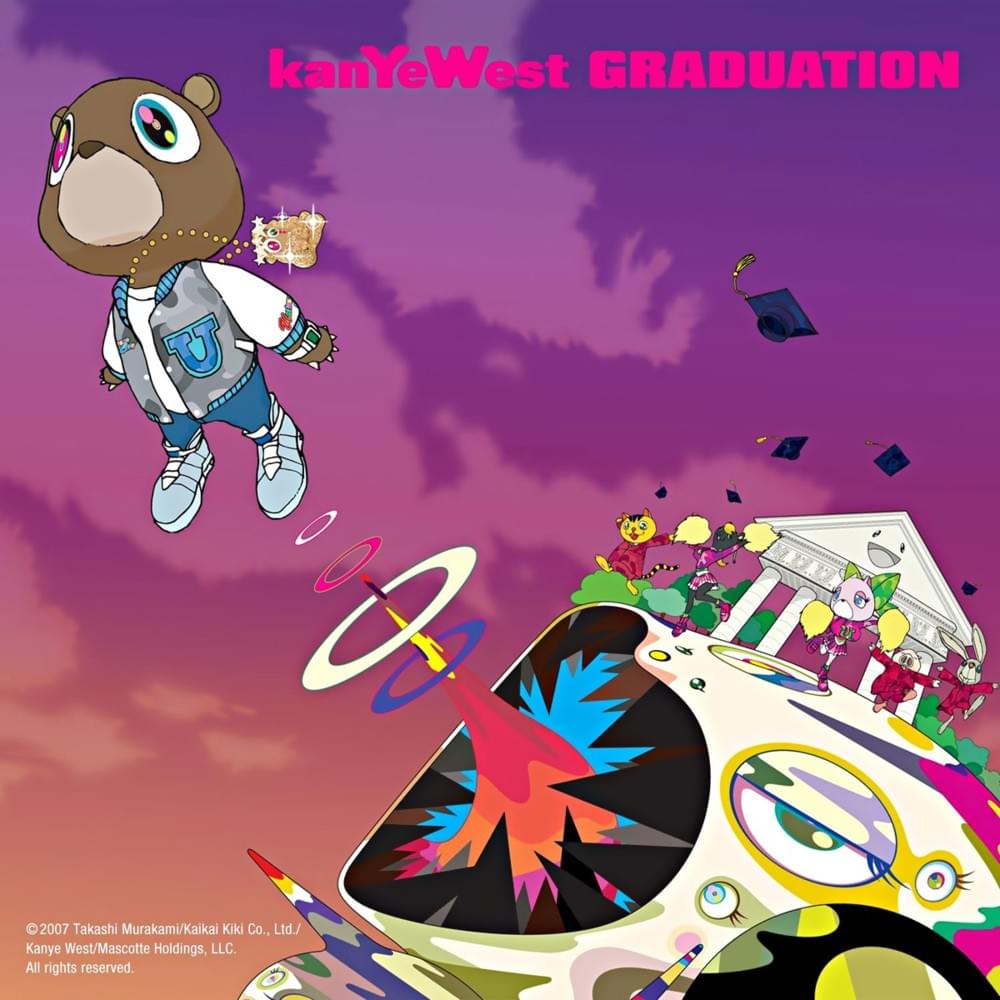 Graduation is the third studio album from Chicago rapper Kanye West. The album was inspired by stadium tours, indie rock and house-music and was a huge departure from the sound Ye had used on his first two studio albums The College Dropout and Late Registration which featured samples and inspirations from soul and orchestral music. This album, on the other hand, included a much more electronic sound, featuring the use of layering synthesizers. Lyrically, Kanye analyzes himself and talks about his life after becoming famous and how he is criticized from the media. The album famously faced off against 50 Cent’s Curtis in a sales war which Kanye won with 957,000 copies sold in the first week. Some critics argue this is the day gangsta rap was finally defeated. The album is credited with inspiring U2 as well as pushing Daft Punk into the mainstream. On May 15th, 2007, Kanye released the album’s lead single “Can’t Tell Me Nothing.” On July 31st, 2007, he released the album’s second single and biggest hit, “Stronger.”
Distribution of songs on Graduation by producer
Songs