Me Against the World - 2Pac 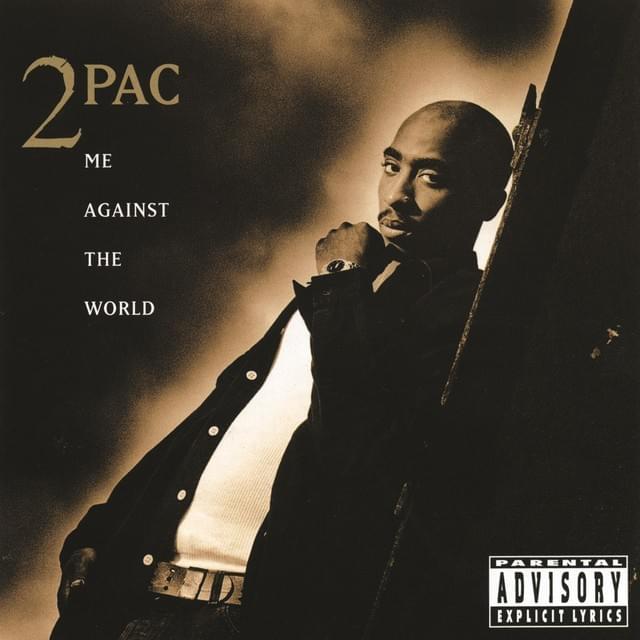 Me Against the World is 2Pac’s third studio album, released on March 14, 1995 through Interscope Records. This album was created in 1994, the year he was shot outside Quad Recording Studios in New York City (as discussed on the intro) and sent to prison. Many critics feel this album was arguably his best due to the introspection he displays throughout the album. The album debuted at #1 on the Billboard 200, making him the first artist to have a #1 album while incarcerated. It was nominated for a Grammy in the Best Rap Album category, an award it won at the 1996 Soul Train Awards. The album was also featured on multiple all-time lists, such as The Source’s 100 Best Rap Albums of All-Time and Complex’s 90 Best Albums of the ‘90s. The album was supported by the singles “So Many Tears,” “Temptations,” the title track, and the Grammy nominated hit “Dear Mama,” the dedication to his mother, Afeni Shakur. Regarding the album, 2Pac said the Me Against the World was really to show people that this is an art to me. That I do take it like that. And whatever mistakes I make, I make out of ignorance, not out of disrespect to music or the art. So Me Against the World was deep, reflective. It was like a blues record. It was down-home. It was all my fears, all the things I just couldn’t sleep about. Everybody thought that I was living so well and doing so good that I wanted to explain it. And it took a whole album to get it all out. It’s explaining my lifestyle, who I am, my upbringing and everything. It talks about the streets but talks about it in a different light. There’s a song on there dedicated to mothers, just a song I wrote just for my mother. And it digs deeper like that. I just wanted to do wanted to something for all mothers. I’m proud of that song. It affected a lot of people. Check out the liner notes here.
Distribution of songs on Me Against the World by producer
Songs