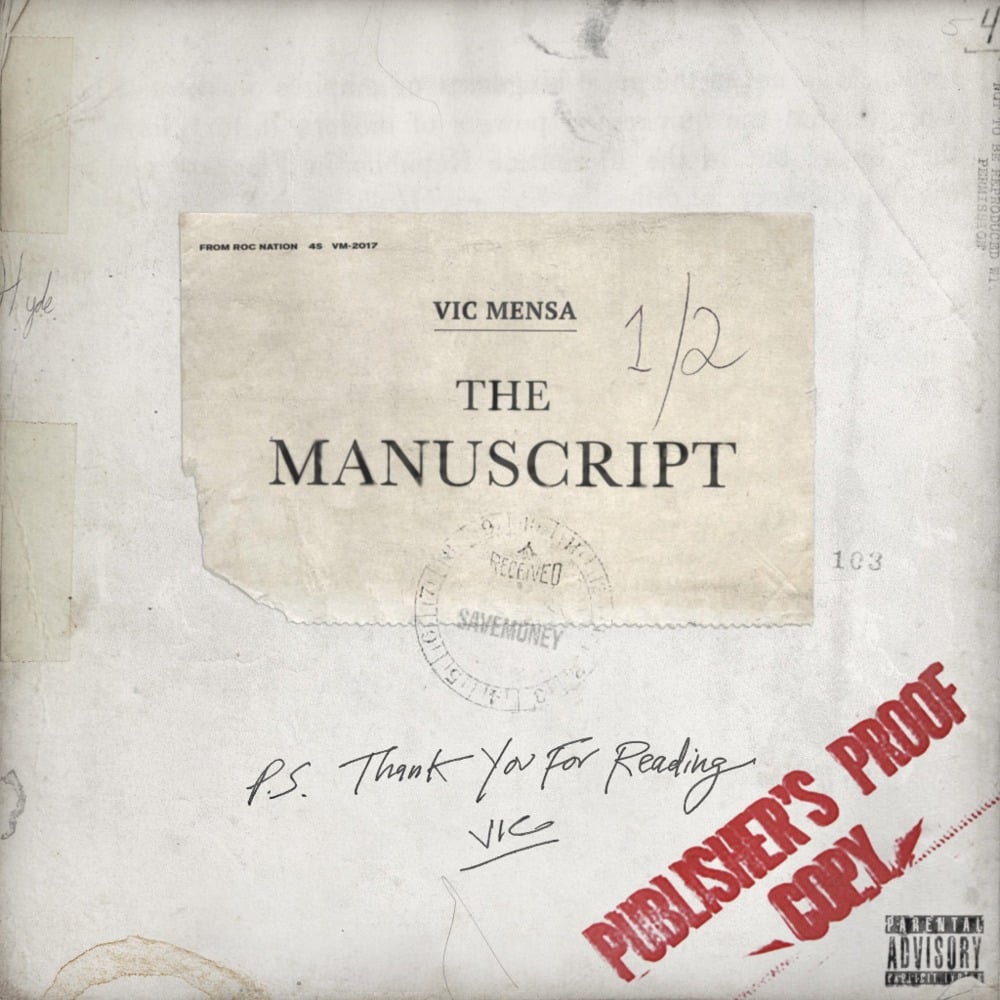 After news that his long-awaited debut album was finished, Vic Mensa announced that he would first release The Manuscript EP on June 8th, 2017. The cover art was revealed by Vic on June 7th. “Oh My Goodness” featuring Pharrell Williams and Pusha T will not wind up on Mensa’s debut album, while the songs “Rolling Like A Stoner” and “Rage” are ‘part of the narrative, according to Vic.
Distribution of songs on The Manuscript by producer
Songs