Rather You Than Me - Rick Ross 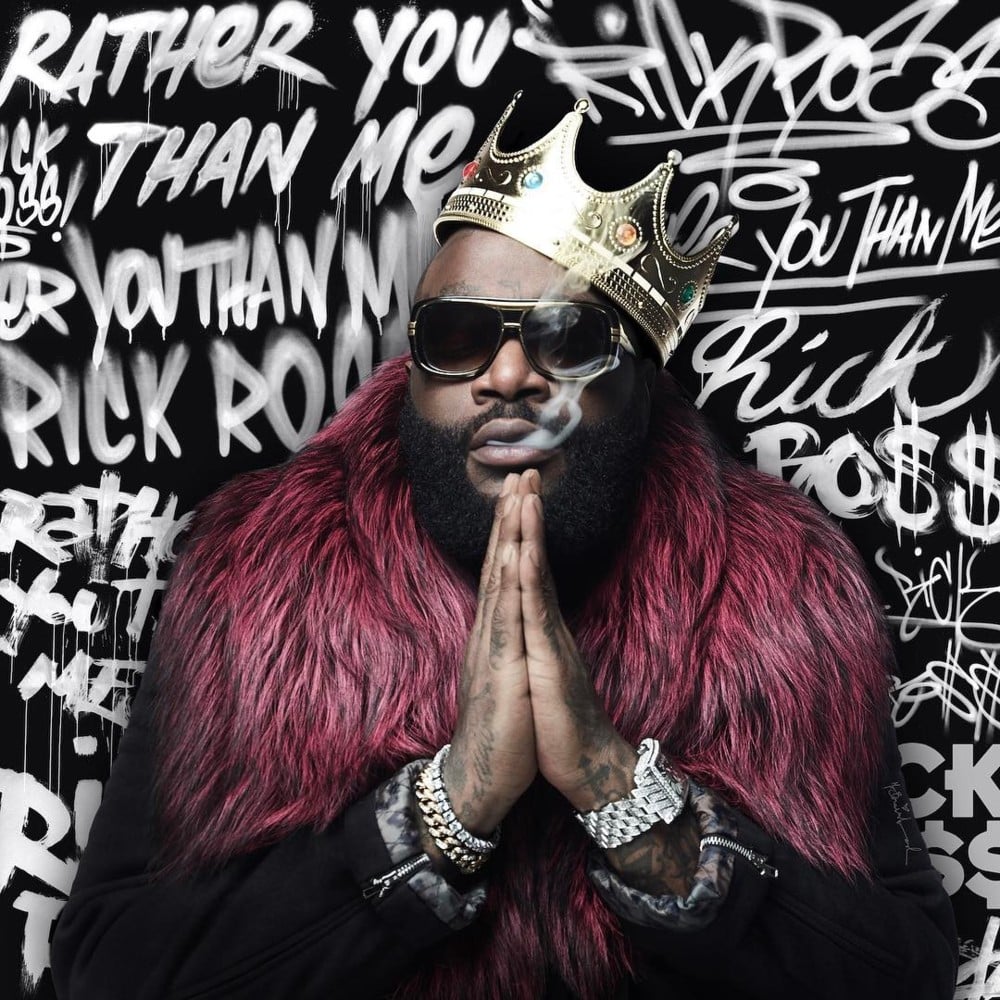 Ross’s ninth studio album, released on the 17th of March, 2017 under Maybach Music Group and Epic Records. The album was supported by the release of the singles “I Think She Like Me” and “Trap Trap Trap”. Comedian Chris Rock hyped the album via instagram video. Album artwork by street artist Mr. Brainwash
Distribution of songs on Rather You Than Me by producer
Songs