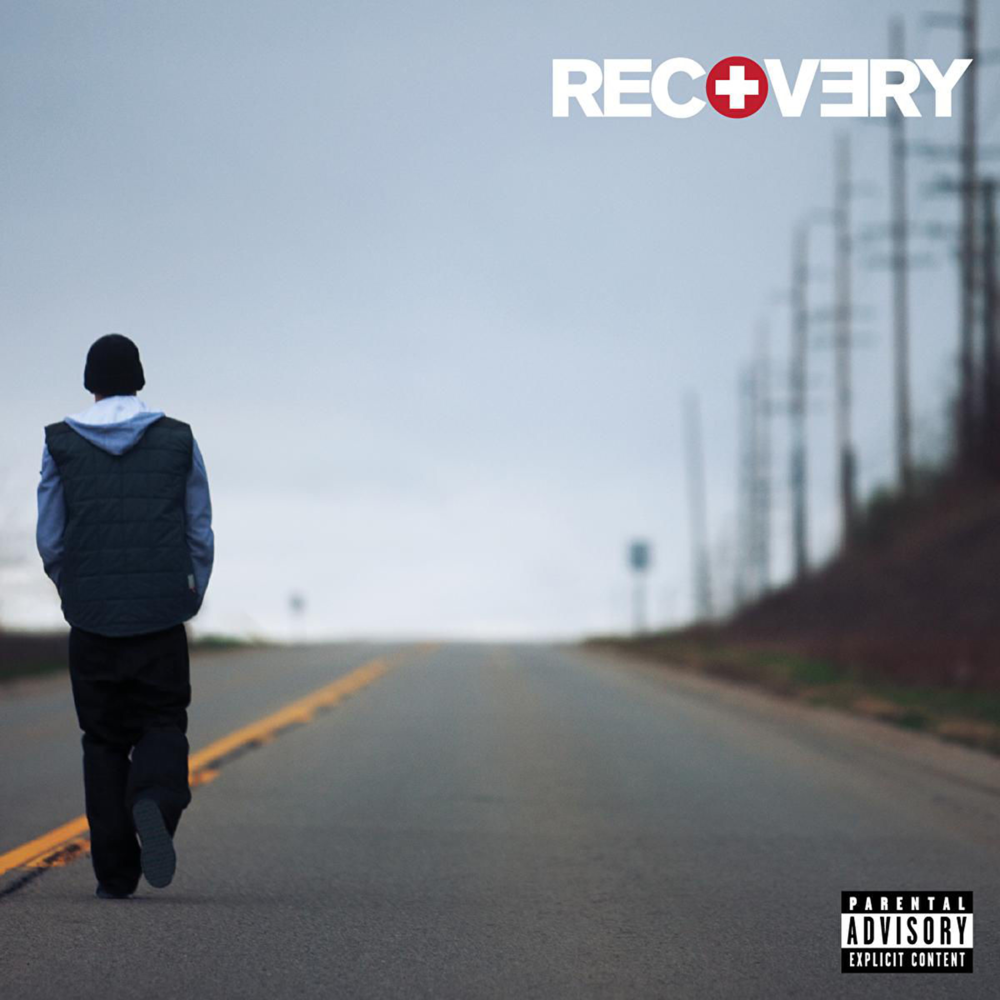 Recovery is Eminem’s 7th studio album, released June 18, 2010. Originally recorded as a sequel to Eminem’s previous album Relapse, planned to be released as Relapse 2, the album was renamed to Recovery when Em found that Recovery is more introspective. On April 13, 2010, Eminem tweeted “There is no Relapse 2”. When he tweeted this, people started to believe that he was not releasing an album at all, but it meant simply that the album would be changed to Recovery. He confirmed this by tweeting “Recovery” with a link to his website. Eminem I had originally planned for Relapse 2 to come out last year. But as I kept recording and working with new producers, the idea of a sequel to Relapse started to make less and less sense to me, and I wanted to make a completely new album. The music on Recovery came out very different from Relapse, and I think it deserves its own title. Production for the album took place during 2009 to 2010 and was handled by several record producers, including Alex da Kid, Just Blaze, Boi-1da, Jim Jonsin, DJ Khalil, and Dr. Dre. On April 27, Eminem released a freestyle titled “Despicable” as promo for the first single, “Not Afraid”, which debuted on Shade 45 on April 29. In an interview in 2010, Eminem I must have gone through 200-300 beats, for the album and chose 100 of them and recorded it. Recovery got positive reviews from most music critics and especially fans. It debuted at #1 on the US Billboard 200 chart, selling 741,000 copies in its first week. It became Eminem’s sixth consecutive #1 album in the U.S. and has produced two singles that achieved chart success. It sold 5.7 million copies (making it the best-selling album of 2010 – and the first album to sell 1 million digital downloads). It also earned Eminem a Grammy for Best Rap Album. The album’s liner features pictures of Eminem such as a picture of him “praying”. The album is dedicated “To anyone who’s In a dark place tryin' to get out. Keep your head up… It does get better!”
Distribution of songs on Recovery by producer
Songs