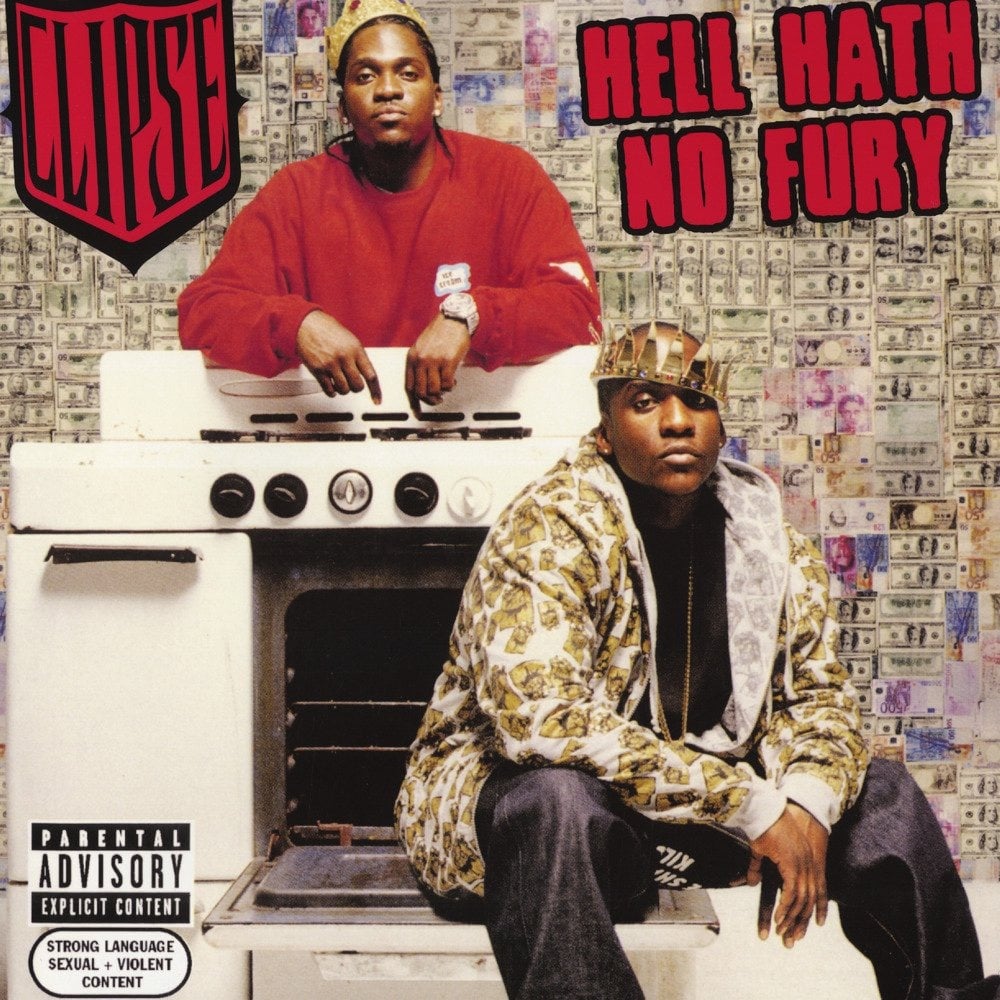 Hell Hath No Fury, released on November 28, 2006, is Clipse’s second album. This album received widespread critical acclaim and is considered by many critical outlets to one of the best albums of the 2000s. Not only did it receive an “XXL” from the namesake magazine, it earned a 9.1 from Pitchfork (!). This album boasts more dense, masterful coke raps, and great, oddly appropriate production by The Neptunes.
Distribution of songs on Hell Hath No Fury by producer
Songs