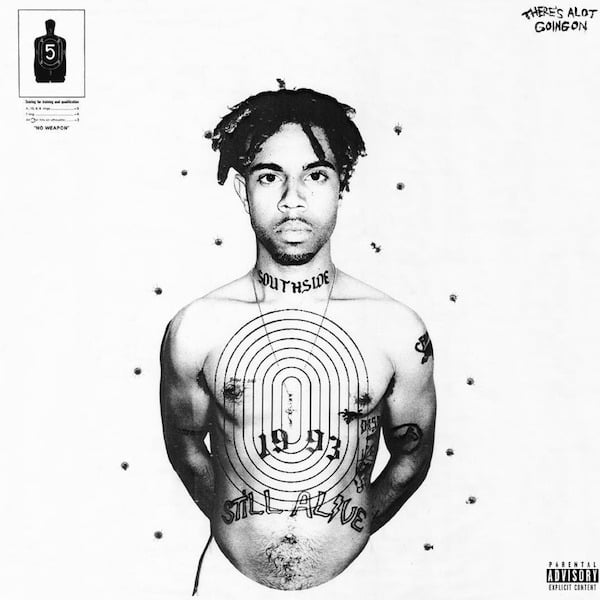 There’s Alot Going On, Vic’s seven-track EP, premiered on Apple Music on June 2nd, 2016. In an interview with Billboard, Vic Mensa explained the title of the EP, and its connections to Guns N' Roses. The name was inspired from a Guns N' roses music video. At the end of “Don’t Cry,” they write “There’s alot going on. P.S. thanx” and it just felt like it encompassed and represented that state of my life and the lives of the people around me. Just with the world we live in today, especially when I was making the music it seemed like every week, there was just a new groundbreaking event. We got Prince passing, David Bowie passing away—major influences of mine—and at the same time, yo got Flint, Michigan [water crisis] going on, black kids being shot dead in the street by police. You can’t even count the names [of people who have died]. So, yeah, I saw that Guns N' Roses video, it kind of just clicked. The EP is not just a “sonic experiment”; it’s an explanation for Vic’s apparent absence since releasing INNANETAPE.
Distribution of songs on There's Alot Going On by producer
Songs