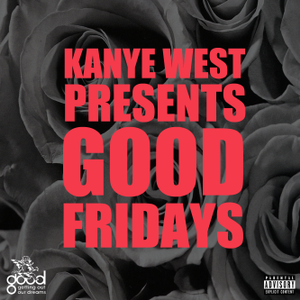 In anticipation of the release of his fifth album, My Beautiful Dark Twisted Fantasy, Kanye West dropped a large handful of free musical gems, all of which featured appearances of multiple artists from the G.O.O.D. Music crew. Uploaded to Kanye’s website one by one, weekly on Fridays, starting with the “Power” remix on August 20, they effectively made every Friday of the fall of 2010 a G.O.O.D. Friday. Some of the tracks later appeared on the album itself: “Monster”, “Devil in a New Dress” with a fresh Rick Ross verse, and “So Appalled”. Though not always included in the G.O.O.D. Fridays collection, the original version of “See Me Now” came out one week prior to the “Power” remix (but did not yet feature Big Sean’s verse as it did when included as a bonus on My Beautiful Dark Twisted Fantasy). For more information on the G.O.O.D. Fridays series see here.
Distribution of songs on G.O.O.D. Fridays by producer
Songs