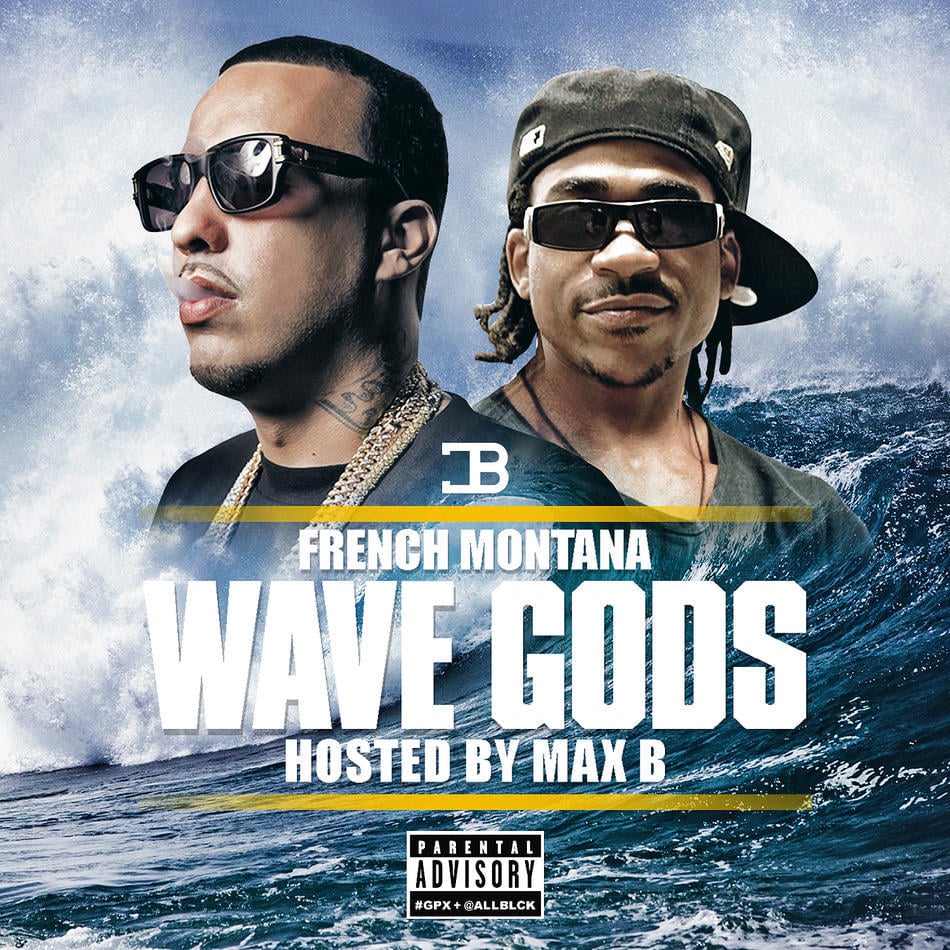 (Released February 19, 2016) French Montana is back at it again, this time with a surprise mixtape hosted by Max-B, a veteran producer and DJ most recently featured on Kanye West’s “The Life of Pablo”. The Silver Surfer and and Mr. Kharbouch team up on a project full of club bangers and top notch features. Guest artists include Future, Kanye West, Chris Brown, Travis Scott, Big Sean, Nas and more.
Distribution of songs on Wave Gods by producer
Songs