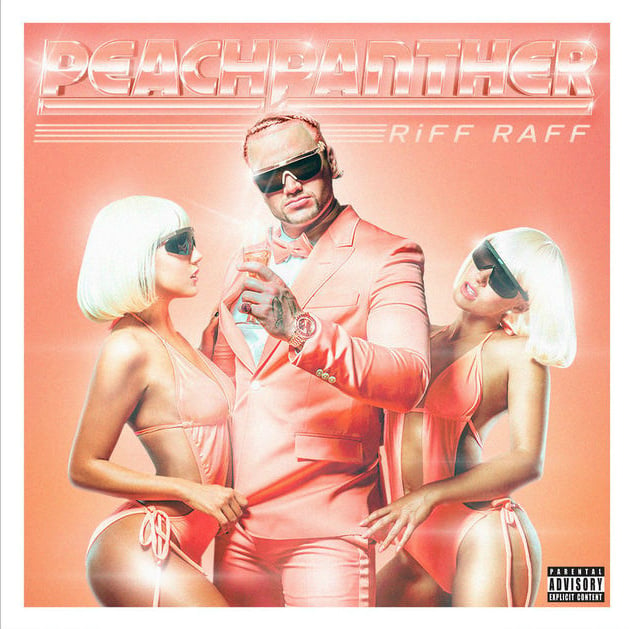 Despite having a wealth of product on the market, this is just Riff Raff’s second studio album. It’s released under his own label Neon Nation Corporation, in partnership with BMG. Despite claims he would release 2 albums on June 1st, the second being Purple Panther, this is a single album clocking in at just 36 minutes. There were claims that both Drake and Lil Wayne would feature, but the list is still illustrious, with Danny Brown, Gucci Mane, G-Eazy and Problem along for the ride. The album features a number of his famous nicknames, including “Syrup Sippin' Assassin” and “Carlos Slim.”
Distribution of songs on Peach Panther by producer
Songs