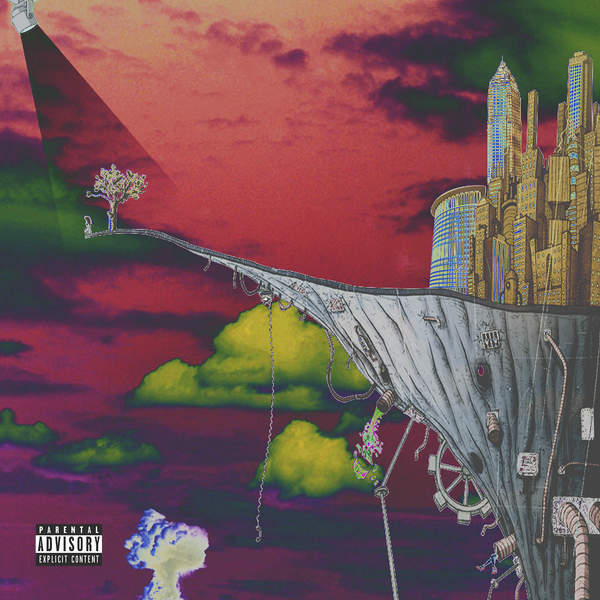 Machine Gun Kelly’s long awaited second studio album “General Admission” which was released on October 16, 2015. MGK has stated that he went on a hiatus from music after the release of his debut album “Lace Up” in 2012 because he wanted to grow as an artist and because he doesn’t like how artists can just drop albums each year or mixtapes every couple of months because it won’t show growth, Although he did drop his 2013 mixtape, Black Flag and a couple of other songs throughout the years just to hold over his fan base for not releasing a new album. In an interview with First We Feast (which you can watch here) MGK talks about the album saying “It’s been three years since my first album; this is my sophomore album coming this summer I put my heart and soul into it, I revealed a lot about myself in it, I told a story that needed to be told that I haven’t touched on yet in my life and uh you know if you don’t like this one then you have no soul, go fuck yourself” He released the album art and release date on September 10, 2015. This album is supported by the singles Till I Die and A Little More and the mixtape that MGK released out of frustration because of all the delays the Label has been doing to the album, Fuck It On September 25th, MGK released a song for those who pre-ordered “General Admission”, World Series, the third single for the album On October 2nd, MGK released another song at midnight entitled, Gone, the fourth single for the album, which he has stated was a personal favorite song of his from the album When the album was released it went #1 on the R&B/Hip-Hop charts making this MGK’s first #1 album. He released the singles as followed: Till I Die on January 5th, 2015 A Little More on March 30th, 2015 World Series on September 25th, 2015 Gone on October 2nd, 2015
Distribution of songs on General Admission by producer
Songs