This Is What the Truth Feels Like - Gwen Stefani 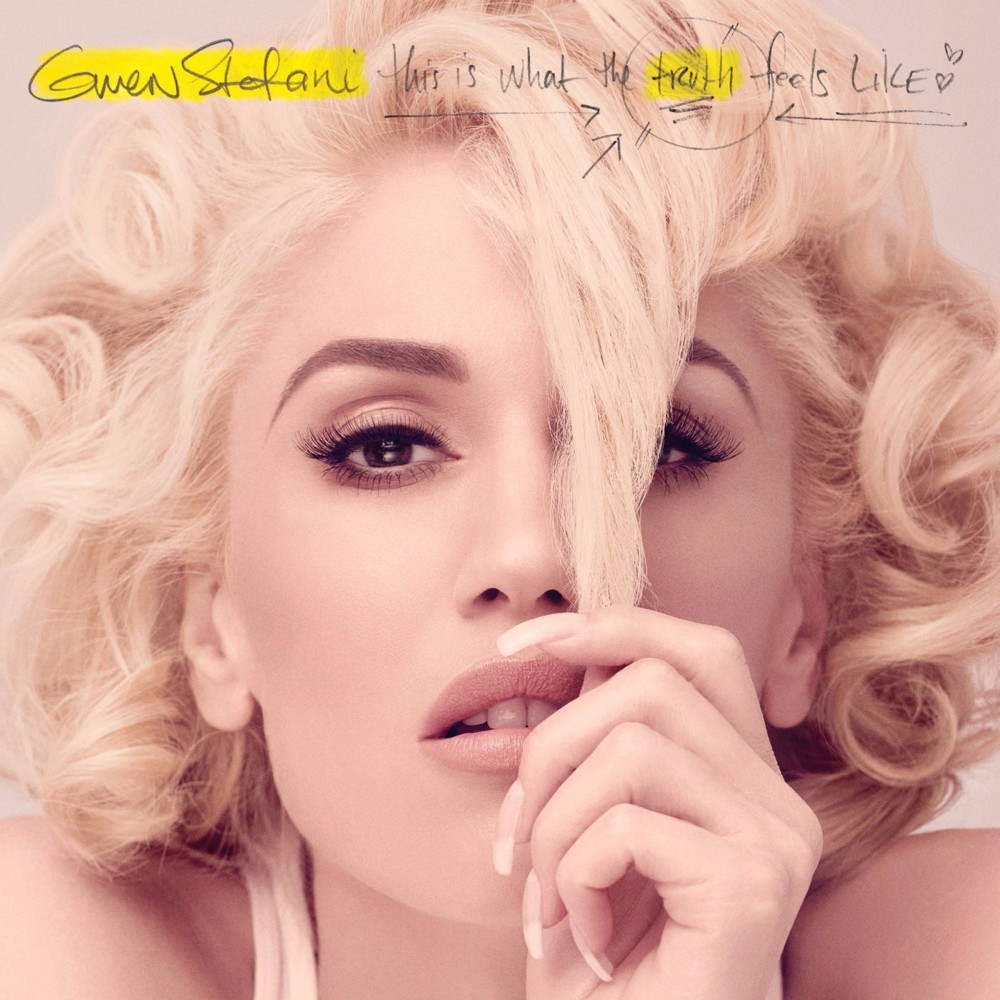 Gwens third album and first since 2006’s The Sweet Escape, This Is What the Truth Feels Like can be viewed as a break up record, with Gwen tackling her divorce from musician Gavin Rossdale and moving on with Blake Shelton. She claimed to be suffering deeply from the divorce and decided to turn that into fuel for new music. The album was designed to be a pop blockbuster, with her label Interscope Records throwing money at the project, hiring a team of dedicated and successful writers and producers and rolling out an intense promotional campaign. “Used to Love You, "Make Me Like You, ” and “Misery” were all released as singles, although none of them made it into the top 50 in the US. The album did debut atop the Billboard 200 with 84,000 sales in its first week, her lowest result so far. It also struggled to win over critics. Despite this, Stefani is doubtless proud of the record, saying the record “saved” her life: It was really a life-saver record for me. It wasn’t until I had to go through the worst tragedy that it really opened up a channel for me to be like, ‘God gave me a gift. I’m going to use it now. Because if I don’t, I’m going to die.
Distribution of songs on This Is What the Truth Feels Like by producer
Songs