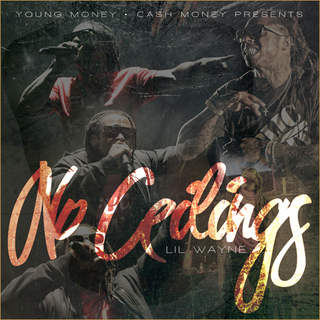 Wayne released No Ceilings in 2009 to critical success. It’s a free mixtape, constructed entirely of beats other rappers have already released. Notably, he raps over Jay Z, Gucci Mane and The Black Eyed Peas. The mixtape was written and recorded during the lead up to Wayne’s stint in prison, and he makes mention of it multiple times. His lyrical themes are as wide ranging as always, and he rarely conforms to the original songs structure or theme. He gives air time to his Young Money crew, as always, with Lil Twist, Gudda Gudda, Mack Maine and Shanell featuring. “Single” is an original track, produced by Noah “40” Shebib, and was released as a single in May 2010. It also featured on his 2010 studio album I Am Not A Human Being.
Distribution of songs on No Ceilings by producer
Songs