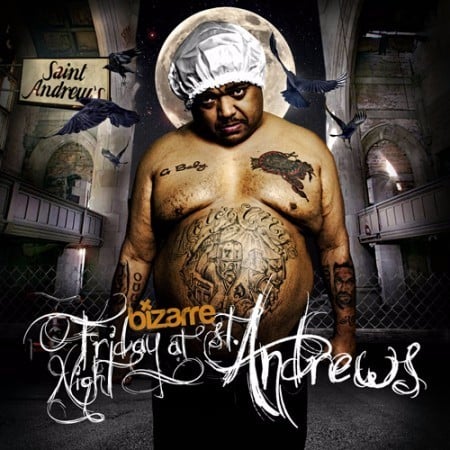 Friday Night at St. Andrews (originally named Live from St. Andrews) is the third studio album by American rapper and D12 member Bizarre. It was released on May 18, 2010. It was stated that this release would not be like his two previous albums, as it would focus less on humour and more on lyrical ability. He decided this because many people looked at Bizarre as not being a serious emcee and the fact that D12 continued to make comical music after the death of group member Proof. Bizarre stated that production for the album would be done by lesser known, Detroit-based producers. However, it would receive mostly negative review upon release
Distribution of songs on Friday Night at St. Andrews by producer
Songs