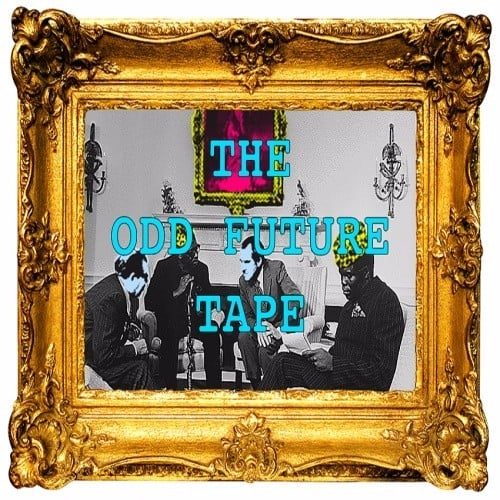 The Odd Future Tape is the debut tape by the Los Angeles-based rap group Odd Future, which consisted of Tyler, The Creator, Hodgy Beats, Left Brain, Jasper Dolphin, The Super 3 (Matt Martians and Hal Williams) and Casey Veggies at this time. It was recorded from 2007–2008 and was released independently on November 15, 2008. As their first tape it generated some interest from outside, but was and is not considered a classic. Or as Tom Breihan from Pitchfork wrote: (…) So the tape works as a fascinating glimpse of a rap group figuring out its identity, but even with a handful of strong Tyler moments, it’s not really anything you need in your iTunes.
Distribution of songs on The Odd Future Tape by producer
Songs